Four are the buildings on the territory of the "Tobacco City", which are declared to be monuments of culture.

The National Institute for Monuments of Culture, a body of the Ministry of Culture, is the responsible and legal state structure to act in the fields of defining the status of a monument, buildings and sites, the classification and preservation of cultural heritage. The defining of an object to be declared for immovable cultural value monument is possible with an Ordinance by the Minister of Culture, based on a suggestion of the director of the Institute, in accordance with the preliminary evaluation on the basis of ar. 54, points 3 and 4 from The A Law on Cultural Heritage, which defines the general framework for regulation of the ownership, registration, research, conservation, restoration, digitization and management of cultural heritage in Bulgaria. The suggestion comprises of preliminary categorization, classification and temporary protection regimes of these objects. The temporary protection regime commences on the date of notification of the owner under par. 2 and is mandatory for all individuals and legal entity. The objects declared to be immovable cultural property monuments preserve the status until their establishment as such under the regulations of the Law. The declared immovable property monuments are subject to final evaluation in order to be registered as cultural values monuments, which is done by the Institute in cooperation with specialized institutions and competent specialists.

The warehouses of Dimitar Kudoglu

On 20 August a big fire burst and crucially damaged the three connected buildings. You can see here how the warehouses look like after the fire. 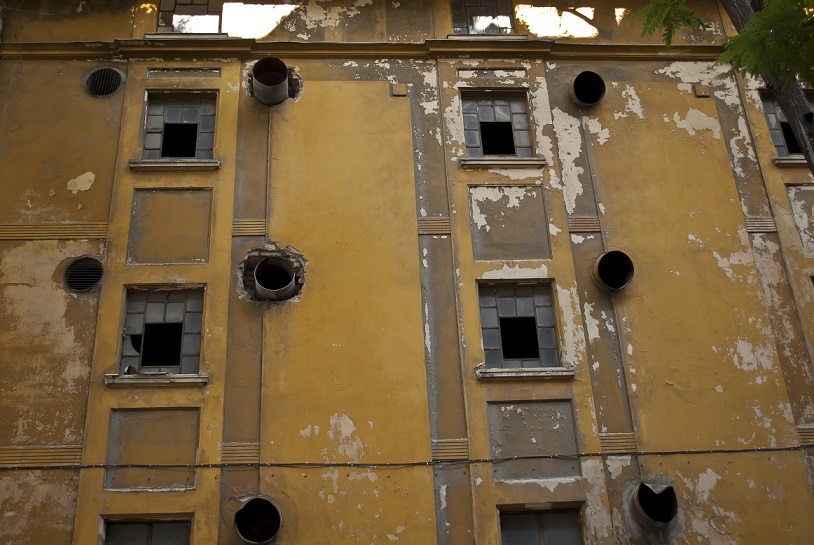 The warehouse on Ekzarh Yossif Str.

Plovdiv 2019 Foundation has repeatedly stated its position in preserving the authentic look of the buildings and their renovation and devotion to cultural functions. The fate and the status of the massive buildings are unresolved for more than 20 years which leads to their gradual transformation into ruins. We do not want to believe that European Capital of Culture has become a threat to their owners.

European Capital of Culture is primarily an opportunity for the city to be revived. We hope that the public attention raised now for the demolition of another warehouse and the huge shared sadness and alarm caused by the fire on 20 August will be an active part and participant in the decisions which partially form the fate of the buildings and the area.